This week’s roundup from the Association for Unmanned Vehicle Systems International (AUVSI), which highlights some of the latest news and headlines in unmanned vehicles and robotics, covers a record-breaking commercial drone flight, Automated Airspace Authorization, and a NASA-backed UAS tracking research project.

This week’s roundup from the Association for Unmanned Vehicle Systems International (AUVSI), which highlights some of the latest news and headlines in unmanned vehicles and robotics, covers a record-breaking commercial drone flight, Automated Airspace Authorization, and a NASA-backed UAS tracking research project. 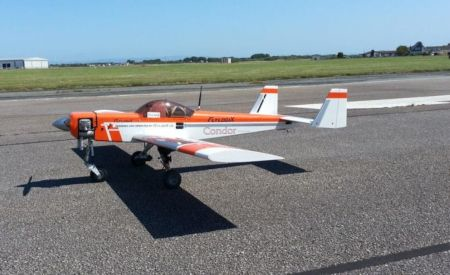 The UAS took off from Blackpool airport over the Irish Sea, and thanks to special permission secured from the regulator for the flight of the Condor, part of the flight was conducted beyond line of sight (BLOS), as an operator on the ground at Blackpool flew the UAS once it was out of sight.

"This is a major milestone as we showcase the significant benefits of our long-range offshore drone service, and ultimately demonstrate the future of offshore inspection and logistics," said Charles Tavner, chairman of FlyLogix.

"FlyLogix is uniquely placed to deliver this service. We have clearly shown the track record, the technology and industry knowledge to complete these operations and are excited about rolling this service out more widely."

The UAS is equipped with infrared sensors, which were used to survey the platform. Being that staff wasn’t sent out to sea, this process of checking the rig proved to be more efficient and potentially safer.

FlyLogix said that the mission was designed to "prove capability rather than a commercial deal," but as a result of the record flight, the company is hoping to land contracts.

This fall, 50 airports will begin providing Low Altitude Authorization and Notification Capability (LAANC), which will give UAS operators the ability to "apply for instant, digital approval to fly in U.S. controlled airspace using the same applications they use for flight planning and in-flight situational awareness."

Currently, FAA authorization is required for flights in controlled airspace, at certain times of day, or near sensitive locations. Authorization requests are subject to long waiting periods and labor-intensive manual approvals, which can add more time to, or entirely halt, the process of trying to fly UAS commercially.

With this in mind, the FAA enlisted the help of 12 companies to evaluate how third-party vendors can help the administration provide automated authorization for safer and more efficient UAS operations at scale.

​AirMap, a provider of an airspace management platform for UAS operators, was one of those companies.

Via an article from Forbes, AirMap co-founder Greg McNeal said, "the significance of the LAANC project can’t be overstated."

McNeal adds that the LAANC project is the first step in the implementation of Unmanned Traffic Management (UTM), which is the "federated technological infrastructure that will facilitate data exchange and air traffic control for drones."

According to AirMap, LAANC began this summer with the FAA’s release of UAS facility maps that show specific areas and altitudes near 300+ airports where UAS operators can request airspace authorization more effectively and efficiently.

These facility maps were available to commercial UAS operators on the AirMap platform within 24 hours. 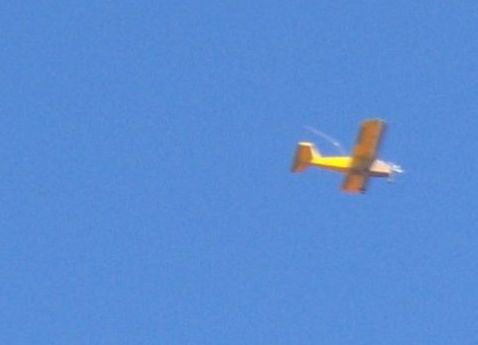 Thanks to support in the form of a three-year, $1.33 million grant from NASA’s University Leadership Initiative, researchers at North Carolina State University will launch a project that seeks to research and develop high-performance communications, networking and air traffic management (ATM) systems, which includes navigation and surveillance for UAS, as well as manned aircraft.

"Our work is part of a four institution, $4.4 million project led by the University of South Carolina," said Ismail Guvenc, who is leading the effort at NC State. "Ultimately, our work will help to ensure that we have safe airspace for UAVs and conventional aircraft."

Guvenc’s team will take the lead on finding new ways to detect and track UAS (including those that are unauthorized) in the U.S. airspace. There are multiple components to the initiative.

First, the researchers plan to identify and classify UAS using radar techniques. This can be challenging since most UAS are a lot smaller than the aircraft that conventional radar technologies are designed to track.

Next, Guvenc’s team will develop techniques for identifying wireless video or remote-control signals used by UAS, and following that, those signals will be used to locate and track UAS.

Third, the researchers will develop techniques and technologies that can be used to identify and track UAS or other devices that are jamming communication signals.

An example of this is the researchers planning to develop "software that can trace jamming signals, even if the signals are "non-line-of-sight,"" which means that the signals are being bounced around instead of traveling in a straight line.

​The NC State Group, USC and Boise State will also work together to "improve the research community’s understanding of how mmWave signals behave in and around airports."

Millimeter wave (also known as "5G") signals are radio waves with frequencies between 30 and 300 gigahertz (GHz). There isn’t very much known about how these signals are affected by the physical environment in and around airports, but they are expected to play an integral role in UAS applications, communications technology and avionics.

Guvenc said that there is a long road ahead for the research teams, but he is confident that the work will be beneficial down the line.

"We have a lot of work to do over the next three years, but the results should eventually help us use our airspace more safely and efficiently," Guvenc said.