This week’s article from the Association for Unmanned Vehicle Systems International (AUVSI), which highlights some of the latest news and headlines in unmanned vehicles and robotics, covers UNICEF’s launch of an air corridor that will be used to test the potential use of UAS for humanitarian efforts, as well as a cell phone network enabling beyond line of sight UAS testing, and a new drone added to Transport Canada’s like of compliant unmanned air systems.

This week’s article from the Association for Unmanned Vehicle Systems International (AUVSI), which highlights some of the latest news and headlines in unmanned vehicles and robotics, covers UNICEF’s launch of an air corridor that will be used to test the potential use of UAS for humanitarian efforts, as well as a cell phone network enabling beyond line of sight UAS testing, and a new drone added to Transport Canada’s like of compliant unmanned air systems. 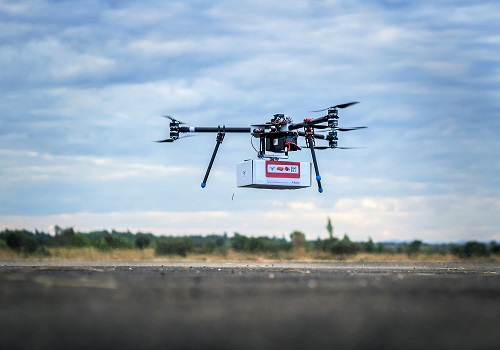 On June 29, the Government of Malawi and the United Nations International Children's Emergency Fund (UNICEF) launched an air corridor, known as the Humanitarian UAV Testing Corridor, to test the potential use of UAS for humanitarian efforts.

The Humanitarian UAV Testing Corridor, which will be used to facilitate testing in the areas of imagery, connectivity, and transport, is the first corridor in Africa, and one of the first in the world, that has a specific focus on humanitarian and development use.

"The success of these trials will depend on working in new ways with the private sector, government and local entrepreneurs and engineers who can ensure that technologies deliver appropriate solutions for the people who need them the most."

The corridor, which will operate for at least a year until June 2018, will offer entities from the private sector, as well as universities and other partners, a controlled platform to explore how UAS can be used to help provide services to help communities.

The launch of this corridor was announced in December 2016, and since then, 12 companies, universities and NGOs from around the world have already applied to use it.

The launch of the corridor follows a pilot project in Malawi that took place in March 2016. The project focused on the possibility of using UAS for the transportation of dried blood samples for early infant diagnosis of HIV.

The study was successful, as it showed that UAS were a feasible addition to existing transport systems, such as those used to help with the diagnosis of HIV.

UAS have also been used in Malawi after major weather events, as UNICEF deployed drones to support the Government of Malawi’s response to floods that took place earlier this year. The UAS helped assess the needs of affected families by providing aerial footage.

UNICEF Malawi Representative Johannes Wedenig explains why this technology could be beneficial in the country by saying, "Malawi has limited road access to rural areas even at the best of times, and after a flash flood earth roads can turn to rivers, completely cutting off affected communities."

"With UAVs we can easily fly over the affected area and see clearly what the impact has been on the ground. This is cheaper and (a) better resolution than satellite images."

Malawi’s Minister of Transport and Public Works Jappie Mhango says that the country is the perfect place for the integration of UAS technology.

"Malawi has over the years proved to be a leader in innovation and it is this openness to innovation that has led to the establishment of Africa’s first drones testing corridor here in Malawi," Mhango says. 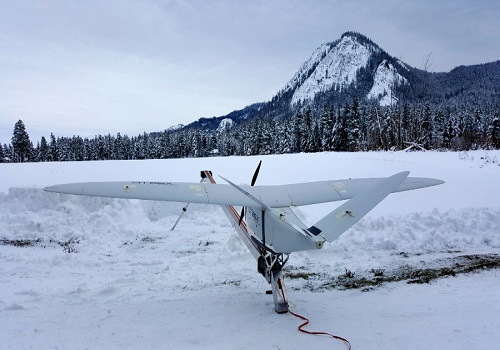 Delair-Tech, based in both France and California, announced it has used 3G cell phone connectivity to allow its DT18 drone to fly beyond line of sight to inspect power lines in France.

In early June, the company flew the aircraft for more than 50 kilometers (31 miles) for the company RTE, inspecting power lines between the towns of Samur and Poitiers, using only 3G connections to navigate.

French airspace regulators were present for the flight, and Benharrosh said the company would like to present the results to the U.S. Federal Aviation Administration as well.

The company usually relies on 3G as a backup connection source, and this was the first time it was the primary source. The aircraft was "jumping from one operator to another on the strength of the signal" as the flight went along, he said, using the link for both command and control and real-time video.

Delair-Tech also wants to use 4G or LTE connectivity for future flights, which would allow the aircraft to send more data.

The company also announced in June that it has performed a series of tests for Puget Sound Energy, using lidar and photogrammetry sensors to demonstrate the use of unmanned aircraft for infrastructure inspections.

"The mission successfully proves Delair America’s readiness to deploy its custom solutions within the U.S. now that the Part 107 regulations are in place," Benharrosh says.

Puget Sound Energy was given a point cloud and a digitized model of the transmission lines after the demonstration, which used the company’s DT18 and DT26 aircraft flying for three weeks, including one week of training, and operating in a remote area.

The effort was a "proof of concept," Benharroush says. Puget Sound Energy is interested in making further use of unmanned aircraft, but is currently hamstrung by beyond visual line of sight rules.

Transport Canada (TC) has added Microdrones’ md4-1000 UAS to its exclusive listof Compliant Unmanned Air Systems, making Microdrones one of just eight companies in the world to earn such a distinction.

In order to earn compliance, Microdrones had to submit an assortment of application materials, including flight, maintenance, and systems design manuals.

"This compliance means that our platform meets a certain level of safety and will provide users with the opportunity to become a TC-compliant organization, gaining access to all the related advantages," says Sebastien Long, Microdrones' Sales Manager for Canada.

"We are proud to have achieved compliance and it is especially meaningful that it was granted by Transport Canada."

Operators who are deemed compliant by Transport Canada may be granted greater geographic flexibility, allowing them to potentially conduct beyond visual line of sight flights, as well as flights in restricted areas, and closer to airports or cities.

Known for developing the world’s first commercial quadcopter, Microdrones’ mdMapper platforms are especially beneficial to the industry when it comes to flights involving aerial surveying and mapping.

The mdMapper packages include everything that a company needs to get started, including the aircraft, sensors, and software.

Capable of extra-long flight times, the mdMapper1000 can withstand harsh environmental conditions, making it an ideal choice for applications such as surveying, mapping, inspection, and construction.

The mdMapper1000DG includes the same benefits as the mdMapper1000, and adds the power of direct georeferencing, which combine to produce the "best possible accuracy and time savings with no ground control points."