UR promises small classes, with a focus on programming skills and hands-on experience with related technologies. 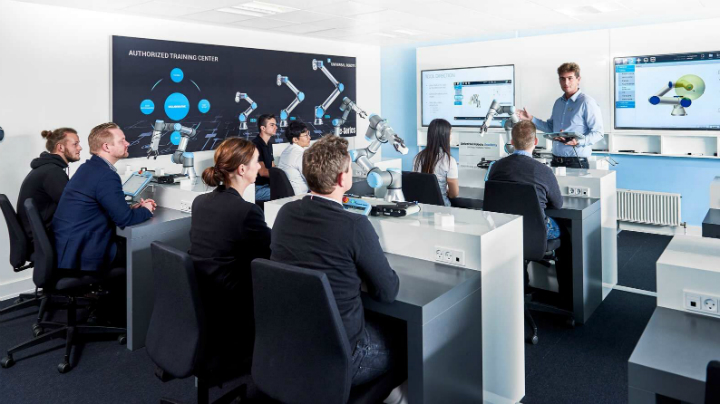 Universal Robots will focus on hands-on training with and understanding use cases for collaborative robots, or cobots, in its new worldwide network of authorized training centers.

Core and advanced cobot programming skills, that include scripting, industrial communication, and interface usage, will form the nucleus of the new training centers’ curriculum. Service and troubleshooting classes will also be offered for users, technicians, and engineers who want to learn how to diagnose and resolve issues with cobot operation.

According to Universal Robots, classes will be kept small. Students will have the opportunity to try grippers and vision system hardware, technologies that students may not have previously been exposed to.

The FWS-8600 network appliance from AAEON is built around the 2nd generation Intel Xeon scalable processor, that makes possible LAN throughput up to between 300 and 400 Gbs.
May 20th, 2019