Using a high-speed imaging technique, scientists from Cambridge University (Cambridge, England) have developed a means of predicting whether a filament of fluid from a print head will condense along its length into a single droplet, or collapse into multiple droplets. 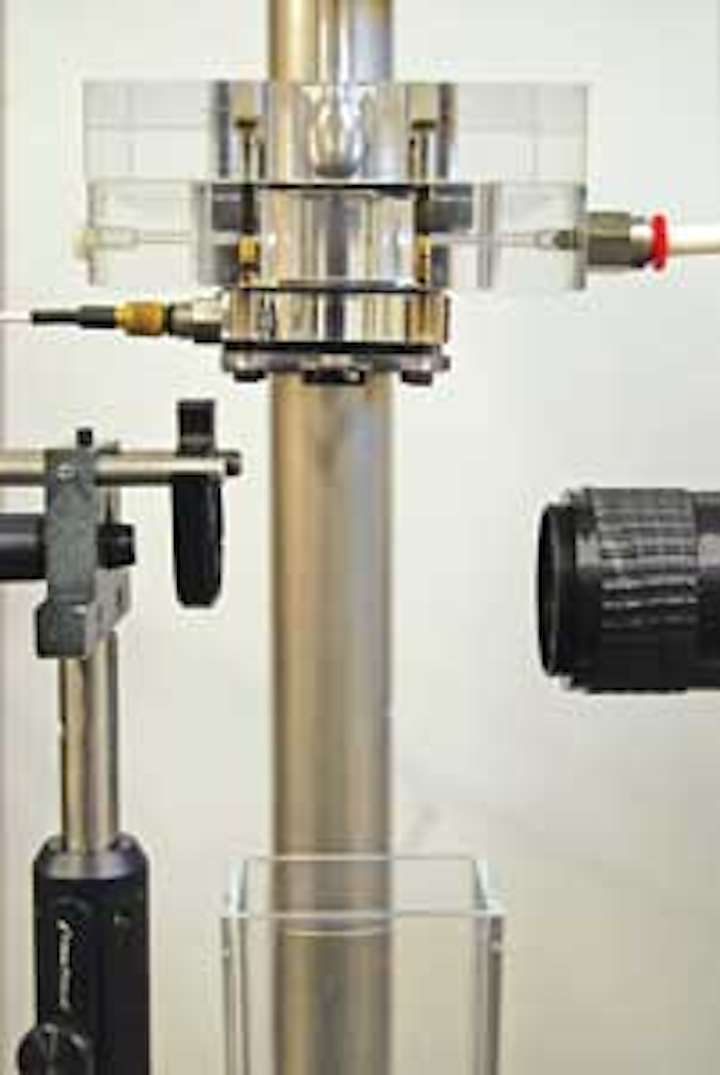 Using ahigh-speed imaging technique, scientists from Cambridge University (Cambridge, England) have developed a means of predicting whether a filament of fluid from a print head will condense along its length into a single droplet, or collapse into multiple droplets.

Led by professor Ian Hutchings, the Cambridge team developed a large-scale, fully controlled model of a print head with nozzle size ranges from 150 μm to 3 mm to recreate the process of droplet generation. Using a simple fluid solution of water and glycerin, they gradually increased the viscosity of the working fluid by increasing the amount of glycerin in the mixture. 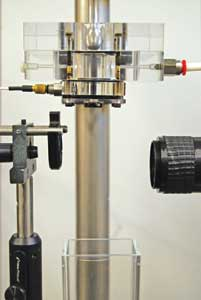 Images of the solution emitted from the nozzles of the print-head were captured with a Phantom V310 high-speed camera from Vision Research (Wayne, NJ, USA) at a rate of 10,000 frames/s and exposure time of 5 μs. The region of interest was illuminated from behind with a 500-W tungsten filament lamp through a 30 × 30 cm2 optical diffuser.

As they gradually increased the viscosity of the working fluid, the researchers observed that long threads, or filaments, were being generated rather than drops. These long filaments would not break up but instead slowly contract to form a single drop. A study was then performed to determine how the two main properties of the fluid—viscosity and surface tension—and the initial shape of the filament would influence the final behavior of these liquid threads. 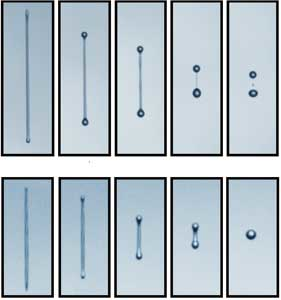 Lead researcher Alfonso Arturo Castrejon Pita, PhD, said that the end result was the creation of a model that demonstrates how the relationship between the physical properties of the fluid and the initial filament aspect ratio determines the fate of the liquid thread. The model enables the researchers to predict whether a filament will condense along its length into a single droplet, or collapse into multiple droplets. The research could aid in designing processes for paint-spraying,ink-jet printing, and the dispersion of drugs for inhalation.