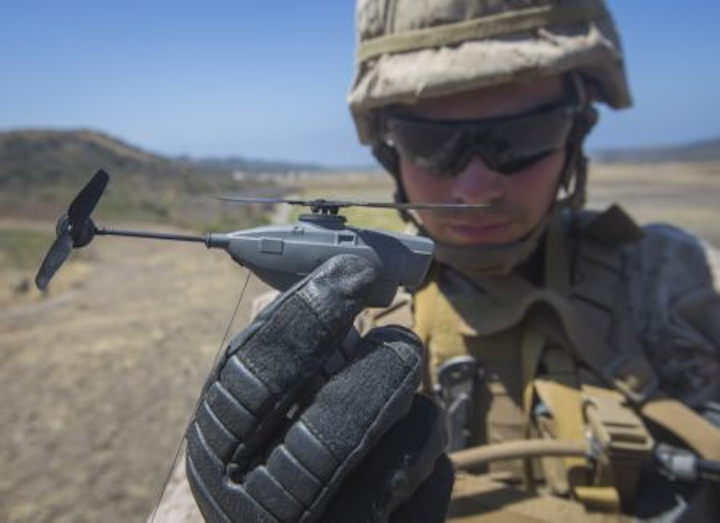 This deployment comes as part of a $2.6 million contract that the Army awarded FLIR for the newly-released Black Hornet PRS system, which the Army had tested and evaluated in both 2016 and 2017. The Army, according to a press release, will continue its evaluation and consider broader scale roll out of the Black Hornet for full operational deployment within all infantry units.

Black Hornet PRS drones, according to FLIR, are the world’s smallest combat-proven nano-unmanned aerial system (UAS), and the next generation Black Hornet 3 adds the ability to navigate in GPS-denied environments. With its ability to provide real-time live motion video and snapshots back to the operator, the drone "provides the modern-day warrior with a game-changing piece of equipment for instant use on the battlefield," and enables "immediate situational awareness for soldiers executing dismounted operations globally," according to FLIR.

The UAS weighs 32 g and can fly 2 km at speeds of more than 21 km/h and features a visible image sensor as well as a FLIR Lepton thermal imager, both of which offer live video and snapshots. Smaller than a dime, Lepton thermal image sensors are FLIR’s smallest thermal camera core and are available with either a 160 x 120 or 80 x 60 uncooled VOx microbolometer array and is sensitive in the longwave infrared range from 8 to 14 µm.

Black Hornet 3 UAVs also come with a controller and display, and are sold directly through FLIR to military, government agencies, and law enforcement customers.

"The United States Army’s selection of FLIR to provide the Black Hornet PRS in this initial delivery of the Soldier Borne Sensor program represents a key opportunity to provide soldiers in every U.S. Army squad a critical advantage on the modern battlefield," said James Cannon, President and CEO of FLIR Systems. "This contract demonstrates the strong demand for nano-drone technology offered by FLIR and opens the way for broad deployment across all branches of the military. We’re proud to provide the highly-differentiated Black Hornet PRS to help support the U.S. Government to achieve the objective of protecting its warfighters."

To date, FLIR has delivered the Black Hornet PRS systems to 30 nations around the world.